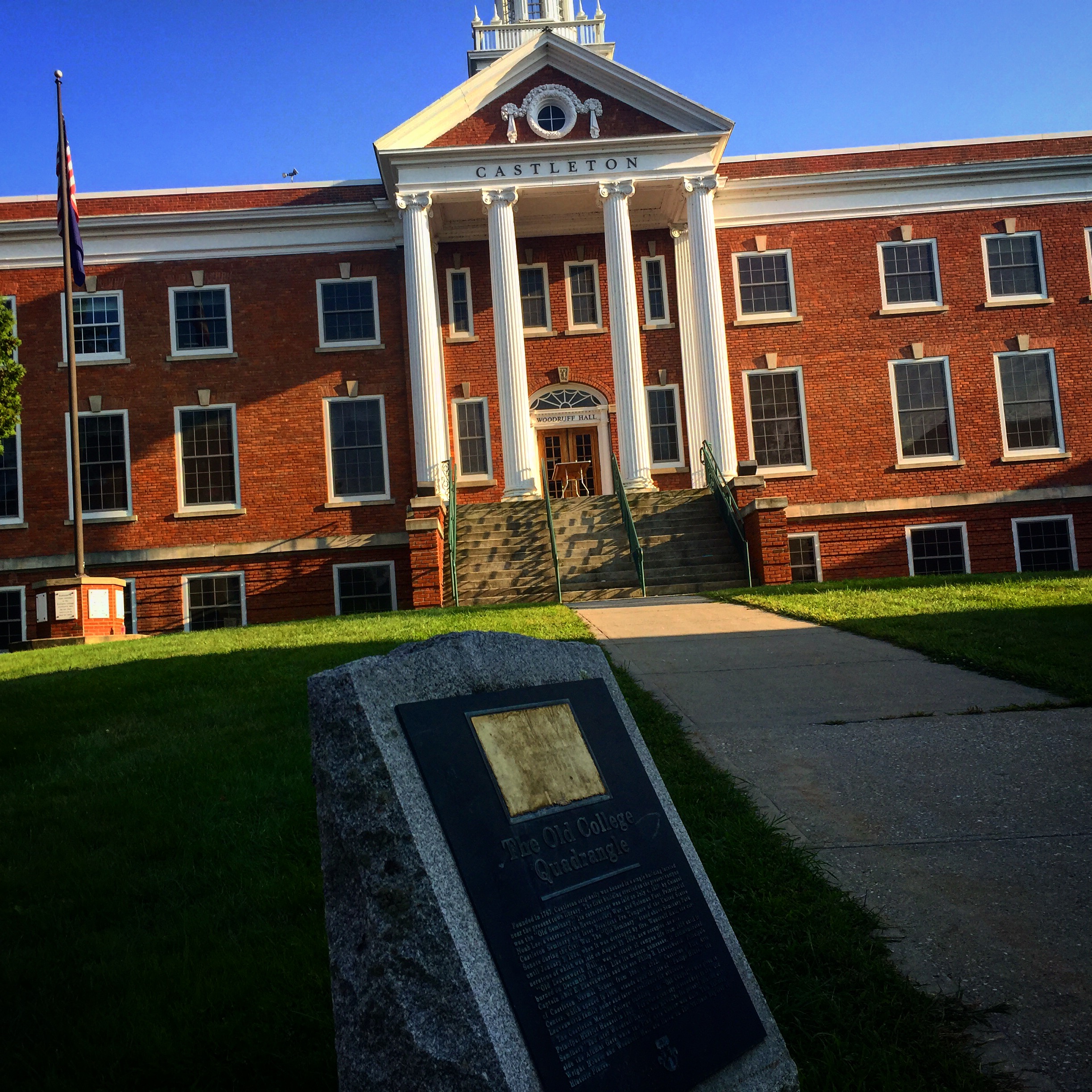 “See how far you’ve come? Be proud of yourself. If nothing else,
one day,
you can look at someone straight in the eye and say:
‘But I’ve lived through
it and it made me who I am.'”

Today marks one year since the second last shunt revision I’ve had; the last happening this past June. What makes today’s anniversary “special” is it was the very thing I feared most, upon the step I took towards University life and independent living. This time last year I was laying in a hospital bed at The University of Vermont Medical Center, four days after the start of my Spring semester (and first semester at Castleton University). Talk about bad timing, right? Well, if my two medical conditions have taught me anything in the past eight years, it’s that there is never really a good time for a painful, life-saving surgery. I mean, let’s be honest. These anniversaries, these memories are painful reminders of events I would much rather forget. The pain, unthinkable. The fear that it stirs up, crippling. If I was being truthful, it’s probably why I try my hardest not to be idle; books, music and work, they are all coping mechanisms. A welcome distraction from thoughts that are capable of bringing me to my knees; the reality that I have a medical condition that does not think or breathe, but is capable of killing me. That’s not what this post is about though. I’d rather not focus on the negatives of the past year, but the amazing highs.
Despite these conditions I am living. I am living the life I have dreamed of. It may not seem amazing to anyone else, nothing grand or exciting, but it’s my dream. Not theirs. I am living independently surrounded by an amazing, eclectic group of people. I’ve known for some time that family is not made up or defined by blood and DNA. My friends, no my family, at Castleton are proof of this. Less than a week of knowing me, I realized I was surrounded by individuals who would pack a bag for me to have at the hospital. They would travel in ambulances and talk to me as the tears are streaming down my face. These people don’t shy away from the sights, sounds and battle scars of the fight of my life. My involuntary response is to pull the rip chord. To eject myself from their lives before it becomes more than they can handle… to each and everyone of you, thank you for not allowing me to do so, because I don’t know what I would do without you.

I’ve learned more about myself in the past year than any education and textbook was capable of teaching. I no longer define strength by the brute force and ability of a body. Strength of character, resilience, the ability to keep fighting, these are what I want to be remembered by. The mask that I used to paint on, hid my fear. It transformed into an “untouchable” attitude, that wasn’t doing anything but keeping love and support from me. There have been too many occasions in which I stopped and questioned when this was going to end. My body, I was sure, despite my best efforts, was going to give in eventually. My fight and will were not going to be enough. I was wrong. I genuinely believe that as human beings we have two instincts- one of those is to survive, at all costs. I’ve made some mistakes along the way. I’ve fallen and received scars, but I know now that I’m capable of surviving… of thriving.

I was asked recently if there was a magic pill that would “cure or fix” me, would I take it. Truthfully, it’s tempting. More than you know, but no. For better or worse, I am who I am because of the conditions that I will not let rule me. I have been through more than I believe I deserve. Yeah, that much is true. But, I’ve also had amazing, life changing experiences that were only possible because of my conditions. Tonight, I reflect. Ironically, tomorrow I return to school to take on another semester. Take a deep breath, put one foot in front of the other and give it everything you have. I no longer fear falling, because I know that I’ve surrounded myself with people who will pick me up.

One thought on “Still, I Rise”